Here at Beyond Tutoring, we are installing a new weekly called #feelGOODFriday. In this episodic blog post we will be exploring people in the special needs community who have triumphed over adversity. In this Valentine’s Day post, I will tell you about a woman who came to me in despair and in a very short time created a life that was far more manageable and became an inspiration to her local community.

I had a mom come to me last year around the start of the second semester of school. She was feeling tremendous pressure, as many moms of students with exceptionalities feel, but it doesn’t make it less acute and painful. She called me at 9 pm on a Friday night and was surprised I was picking up my business phone so late on a Friday. These are when my parents need me most, I explained.

She told me that she has a son on the autism spectrum and her second child, struggling to read, was falling further and further behind in class. The thought of testing, IEPs and more support (and money) for a second child was unexpected and weighed heavily on her mind. We spoke for an hour that night, she just needed a shoulder and someone she could express frustrations to at that point. We spoke every night of the weekend. She was upset and hopeless and I wanted to give her hope where there was just a faint glimmer of possibility. By Sunday, we met and had a plan. We began organizing — tackling one issue at a time and installing a system of holistic advocacy and tutoring for both of her young sons.

hen Valentine’s Day rolled around, the family had transformed. Organizational hacks, studying tips and supports and the creation and subsequent meetings with school support teams had made the situation much more manageable. This intrepid mom was feeling much better and less isolated in her situation. This mom began having autonomy in her own parenting decisions and her own children’s futures, and she felt blessed.

She began joining local groups, meetups and allowing a half hour a day for her own mom time which included downloading the Babbel app, to learn French, and a meditation app, each respectively for 10 minutes per day. She felt both blessed and ready to endeavor into the world of altruism.

For Valentine’s Day, with a new framework and fortitude, she decided that her family would donate each Saturday of the month of February to a cause that they wanted. For example, her older son loved animals, so they volunteered at a pet shelter and made doggie valentines at home for the shelter animals. Her other son was struck by the homelessness in their community, so they decided to have a canned valentine drive on another weekend. This family reframed February to their own family holiday about giving back and created a space both for gratitude and triumph.

After some time this mother called me to thank me for what I had done for her family and called me her hero. Although I was touched, a quote I heard reverberated in my head so I decided to share it with her at that moment:

You needed a hero, so that’s what you became. 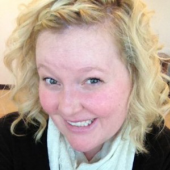 Winter Clothes Shopping – Because Comfort at School is a Big Deal

School is Almost Out: Creating Your Summer Schedule